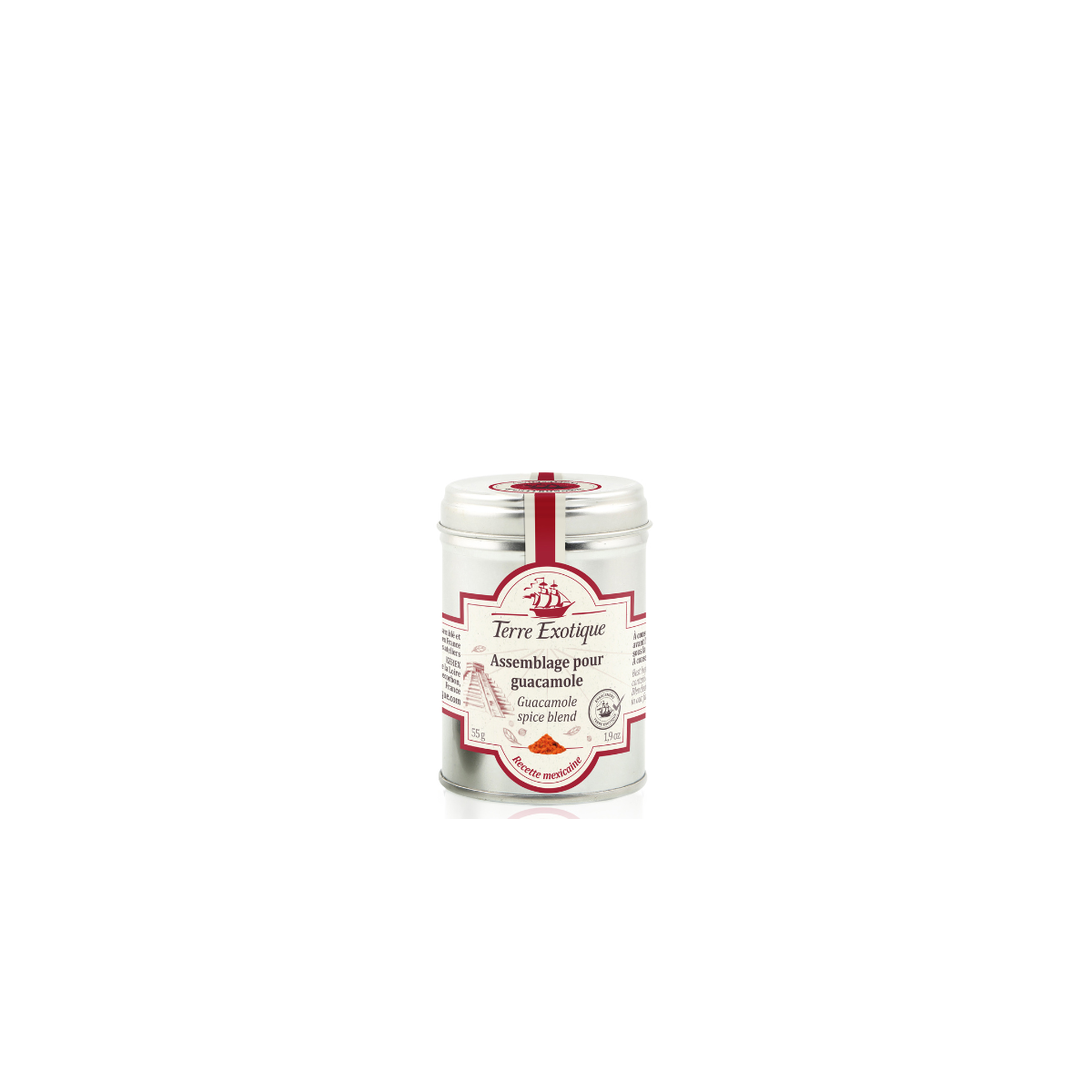 Easy spices: 1 teaspoon of this blend mixed with a ripe avocado + 1/2 diced tomato and 1 dash of lemon juice will give you a delicious guacamole.

Mexican gastronomy is part of the intangible heritage of humanity since 2010. Guacamole is emblematic of this colorful and tasty cuisine. Legend has it that the God Quetzacoatl gave the recipe to the Toltec people.

Historically, guacamole was prepared by men with a pestle in a large mortar, the molcajete. Guacamole is the symbol of the marriage of Aztec and Spanish cultures. Each region, each city, each family has its traditional version.