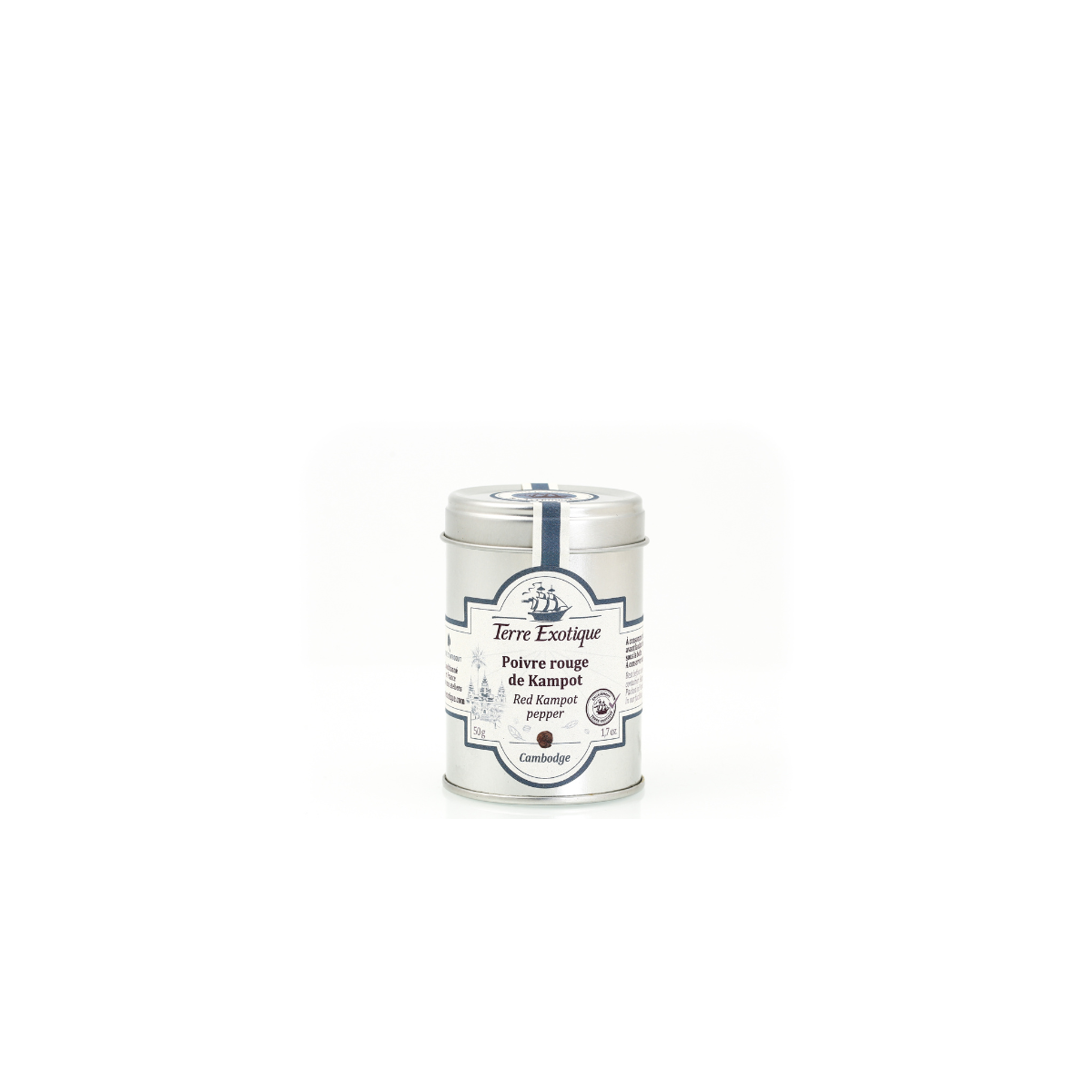 The fruity and floral notes of this pepper prompt scents of fruit compote releasing flavors of vanilla and candied citrus fruit. Perfect for all your fish, shellfish and poultry dishes.

Red Kampot pepper is obtained by picking the red berries when fully ripe just before they start to rot on the plant. Red Kampot pepper is sharper than the Red Phu Quoc pepper. The two peppers have a different method for fixing their red colour. On Phu Quoc island, the red pepper is dried for a longer time in the sun. In Kampot, just after the red berries are picked, they are soaked in boiling water and then immediately plunged into iced water.

In 2009, Kampot became the first Cambodian pepper to obtain the Protected Geographic Indication status (PGI). The union of French farmers of espelette chili pepper assisted the Cambodian farmers in obtaining the PGI from the French Agency for Development (Agence Française de Développement). The PGI has enabled the Kampot pepper farmers to multiply their income ten fold. This is a wonderful example of international solidarity amongst farmers.

Perfect for all your fish, shellfish and poultry dishes

Kampot Pepper dates back to the Kingdom of Angkor. Written records can be traced back to the travelogue of 13th century explorer Tcheou Ta Kouanau…

It is thought that the Chinese immigrants from the Hainan region brought the pepper to Kampot. They already cultivated the pepper in China.

It reached the height of its glory during the Colonial Period, and became Cambodia’s leading food export. In 1975, the Khmer Rouge reduced production to nearly zero and replaced it with rice, and it wasn’t until 30 years later that some farm families gave this pepper a new lease of life.